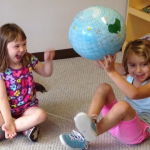 Communicating in another language is a great accomplishment in and of itself. (Even if you’re not fully fluent!) It is incredibly powerful and empowering. The ability to communicate in a second language opens windows to untold opportunities, expands job possibilities, and plants the seed for travel and adventure. And purposeful or not — it opens your mind and heart to other peoples and cultures — to different ways of thinking and doing. (How amazing is that?!?)

My first time traveling to Mexico

The first time I traveled to Mexico (which incidentally was the first time I had ever traveled abroad) was with a group of 15 college students. Each of us were placed with a host family for a trimester. Our group met once a week with our professor, for a few months prior, so we would be better prepared for this experience. We discussed how things would be different, and perhaps even shocking or upsetting. The topic of machismo came up frequently. I remember being surprised to learn that catcalling in Mexico was referred to as piropos, which is directly translated as compliments. (Wha?!?) These kinds of differences were completely new to me – it challenged me to think about things from a completely different perspective – and I hadn’t even arrived in Mexico yet!

Culture Shock (both going to and returning from Mexico)

One comment from my professor, that I had initially shrugged off, ended up resonating with me months later. She said that we’d experience culture shock when we visited Mexico – but since we’d be expecting that – it wouldn’t come as a surprise. What was shocking to us, however, was the culture shock that we experienced upon our return. That couldn’t have been more true.

When I returned to the United States, that forgotten and shrugged off comment came hurtling back to me. That’s when I realized that sometimes you really do have to experience something before you can truly understand it (and that adults often actually do know what they’re talking about – ha!).

Those three months in Mexico were incredibly life-changing – and not only because it enabled me to clear that hurdle from halting communication to reaching near-native fluency. It was because I realized how my perspective of the world had shifted. I saw people, politics, systems, and even food, in a completely different light. I gained an entirely new appreciation for EVERYTHING – for what I had, for even for what I didn’t have.

In addition to completely rocking your world…there are so many benefits to learning a new language. Innumerable studies show that the process of learning a new language literally rewires and strengthens your brain! Bilingual people, for example, actually have a higher density of gray matter than monolinguals. (How amazing is that?!?) It has also been shown that knowing a second language staves off dementia and Alzheimer’s for about five years.

It turns out that children are able to learn a second language more deeply, than when they are adults, because they are able to engage both halves of their brains in the learning process. As we get older, our brains become less flexible and more specialized.

That is why it’s ideal to learn a language when we’re young… It truly is never too late to start learning, but language learning is more effective when we start out at a younger age.

Kids who are truly bilingual – who navigate in two different language realms on the regular, have to figure out which language to use, with whom, and in what setting. This practice, known as inhibition, enables children to apply those same filtering techniques to other aspects of their thinking. This heightened ability to focus and filter boosts their academic, social, and cognitive capacities. (Hello! Huge academic benefits!!)

Furthermore, when you learn another language, your understanding of your native language deepens. (I didn’t understand the subjunctive case in English until I learned about it in Spanish! But that might be more of a factor of my less-than-stellar DC public schooling.)

But seriously – the first time you realize that you are able to express a sentiment in your non-native language more perfectly than in your own – is rather mind-blowing. To understand how your native language is limiting in ways that the new language is not – and vice versa – is so powerful. That’s when language learning becomes even more fun and fascinating!

Recap: Allllllll the benefits to learning a second language!

In short – who WOULDN’T want to learn a second language?!? It boosts your confidence; allows you to communicate with more people; enhances your brain’s capacity; enables you to think outside the box; deepens your understanding of languages and cultures; and expands your horizons!!

If you haven’t already, let’s get your child started on this adventure today!!

After spending a semester in college in Mexico perfecting her Spanish language skills and falling deeply in love with the culture, Jessica Swartz Amezcua now loves sharing the language and culture with children through play. She's is a co-owner of Portland Early Learning, and owner of GoGo Espanol.

We give children and their families in the Portland area the gift of connection through early language and joyful community experiences – specifically Sign Language & Spanish classes for babies, toddlers, children, and their grown-ups. 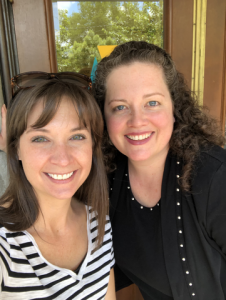